Prof. Karen Maex, rector magnificus of the University of Amsterdam, has been elected as the new chair of the League of European Research Universities (LERU), the network of 23 research-intensive European universities. Her appointment was confirmed at the organisation's spring Assembly, which took place on 21 and 22 May. She takes over the reins from Prof. Jean Chambaz, outgoing president of Sorbonne University.

‘I’m delighted to be taking on this role at this challenging time for Europe’s universities,’ Maex said. ‘As we emerge from the pandemic and further re-open our campuses, we are committed to doing all we can to help set Europe on the road to recovery.’

Looking forward, Maex emphasised the contribution of the LERU universities to addressing large-scale, worldwide challenges such as climate change, sustainability and poverty. ‘Finding solutions for such problems in society can only be based on independent high-quality research, education and innovation,’ she said. ‘In a changing landscape, LERU will maintain a strong position that helps universities live up to this mission, based on their track record in academic excellence.’

Among LERU’s priorities for the years ahead are the European Knowledge Area, the data revolution, the green and digital transformation of universities, and global interdisciplinary collaboration on large-scale societal challenges, including related security issues.

The LERU Board of Directors consists of three members and meets four times a year. LERU's Secretary General is Prof. Kurt Deketelaere. He is responsible for the day-to-day management of the organisation. 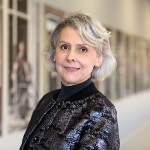 Copyright: UvA
Finding solutions for society’s biggest problems can only be done on the basis of independent, high-quality research, education and innovation. Karen Maex

In addition to a long and successful career as a teacher and researcher in nanosciences, Maex was vice-rector of KU Leuven from 2005 to 2013. In 2014, she moved to Amsterdam and became professor of Nanomaterials and Nanoelectronics and dean of the science faculties of the UvA and Vrije Universiteit Amsterdam. She has been rector magnificus of the UvA since 2016. Maex became a member of the LERU Board of Directors in 2018.

LERU is a network of 23 research-intensive European universities that advocates the importance of basic research in Europe and stimulates mutual cooperation. LERU is one of the most important lobby groups within the European Union in the field of research and innovation. The affiliated universities account for around one-fifth to one-quarter of all European funding for fundamental research, and, thanks to their collaboration within LERU, they are a serious interlocutor for the EU. The UvA has been a member of LERU since 2006. The universities of Utrecht and Leiden are also affiliated with LERU.