"I’m actually a Beta student. Now I want to combine my programme and interests in a similar way: dental hygiene and sign language."

Do you remember what you wanted to be when you grew up?

Doctor or dentist. I actually wanted to be an orthodontist and then I came across sign language.

How did sign language cross your path in the first place?

I was babysitting a child that was hard of hearing. He communicated using both spoken and sign language. His mother taught me a little bit of sign language. That was the first time I encountered sign language. I also have an uncle in Italy who is deaf, but he communicates orally. In the past, oral education was much more common than sign language education. It was the same for my uncle. Signing wasn’t customary in Italy.

When my uncle was still a child, there was a strict educational regime emphasising oral communication. The same was true in the Netherlands: oral education was compulsory and taught alongside sign language. For a long time, deaf individuals weren’t allowed to sign and had to communicate orally. Without being able to hear, you would learn to articulate certain tones. Nowadays, things are a little different and sign language has increasingly become common practice. But for my uncle’s generation that wasn’t customary.

How did you end up in this programme?

At first I didn’t know that it existed as an academic programme. I found it by coincidence while I was on the UvA’s website. I then took the opportunity to shadow a registered and was immediately immersed in deaf culture. For one of the first classes we had a deaf lecturer. I kind of panicked. My alarm bells were ringing: “The lecturer is deaf! How do we communicate?” That is actually a panic that frequently occurs when people who can hear encounter people who are deaf. But there is no reason for it, and that is something the programme taught me straight away.

Did you discuss your choice of study programme with anyone?

Yeah, with my parents. My mother was very pleased, she is also a linguist and teaches Italian at the UvA. My dad thought it was interesting and different.

Before this programme, I had first studied a year of dentistry. In high school I combined the Nature and Technology and Nature and Health profiles. I’m actually a Beta student. Now I want to combine my programme and interests in a similar way: dental hygiene and sign language. I want to open a practice for multiple modalities; sign language and spoken language.

What responses do you get from people when you tell them what you study?

What kind of courses do you take?

Linguistics courses for the most part. Which is pretty broad. Linguistics looks at the similarities and differences in languages across the entire world. Sign language is a natural language and is therefore one of those languages. It has the same grammatical levels as a spoken language; it has morphology, phonology and syntax.

Is the programme what you initially expected?

Not really. The programme started with linguistics, and we had to learn all of these theories instead of the basics of sign language. The following class we had a deaf lecturer for linguistic proficiency who also taught us about deaf culture, and that too came as a surprise. I didn’t know that linguistics would play such an important role in the programme, but I was pleasantly surprised.

You essentially learn how languages work. The programme is more than just learning a skill. You examine the relationships between language families, and how a language evolves, what it’s like to learn a language as a child and how that develops.

Are you part of a study association?

Yes, I was a member of the VOS Board. The VOS organises language-related activities with sister associations who organise language festivals. We organised things like language workshops, in which a professor or lecturer introduces you to a new language. But we also head to the bar! Or go on a study trip for the weekend with the first year students.

What is a Sign Language Linguistics graduate good at?

You have a strong capacity for empathy, because you learn from deaf culture. It gives you a different perspective of the position of minority groups within society and the ways in which they are treated. In the past, oral education was compulsory, which was a traumatic experience for many deaf people. A lot of deaf people have that background, the experience of not being accepted and being a minority. With this programme you learn to develop your own view of the world and minorities in particular. I think it’s incredibly important to learn how to live with other cultures and experiences in this day and age.

And your dream to become an orthodontist?

I start a dental hygiene programme in September. I want to open a practice where multiple languages are spoken. Sign language as well as different spoken languages. A multi-cultural practice that’s also accessible for deaf people. The government actually only subsidises 30 interpreter’s hours per year for deaf people. If you’ve used all of these hours and have a doctor’s appointment or some sort of family affair for which you need an interpreter, you have to pay for it out of pocket. For my practice you wouldn’t need the interpreter because everyone is welcome. 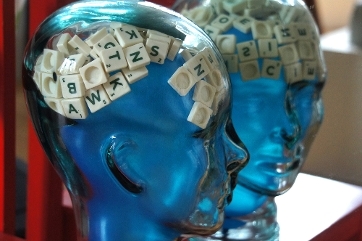