Recent economic news has certainly been gloomy. Studies confirm that negative economic news causes us to think more negative thoughts and can lead to a loss of confidence in the political system. Surprisingly, these effects are the same regardless of our age, work and education level. The content and tone of news items and relevant economic context are key: we are most susceptible to negative news before the start of an actual crisis.

These are the main conclusions of a recent UvA study aimed at determining how economic news affects our views on the economy, confidence in the economy and political preferences. Rens Vliegenthart, professor of Communication Science, received an NWO Vidi grant for this five-year research project, and assembled a team with Mark Boukes, Alyt Damstra and Jeroen Jonkman. The project has now been completed, so we thought it was time to ask Vliegenthart about their approach and findings.

What were your main research questions?

Newspapers and other media report on the state of the economy on a daily basis. For example, they report on businesses' profits and losses, employment, and share prices. While these stories can also be favourable, the tone and content are more often negative. The UvA team studied the effects of economic news:

So how did you approach the study?

How economic news shapes our perceptions

The team conducted a survey amongst a cross-section of the Dutch population. Over a period of six months, respondents received three questionnaires asking what sort of media they consumed, how they felt about the economy and how much faith they had in the economy and political system. Repeating the same questions allowed the researchers to observe changes over time.

They subsequently offset the resulting insights against the respondents' personal characteristics – do age, work, or education level affect your views? – and the tone and content of economic news items in the media they claimed to have consumed over that period.

The team also conducted an experiment. They shared fictitious economic news items created to look as if they had been published by a real newspaper or online platform with the same group of respondents. These news items varied in terms of content and tone, from positive to negative, and the respondents were asked to share their responses.

The team also compared individual European countries. 'The economy is a great subject in the sense that we have access to a wealth of European data', Vliegenthart explains. 'For example, all EU countries measures consumer confidence on a monthly basis.' The team also had access to large amounts of economic news items through the various national press agencies. As such, the team studied the effects of media messaging on consumer confidence in various EU countries.

In order to determine how economic news affects politicians, the team combed through parliamentary documents in search of monthly Parliamentary Questions: what sort of questions were politicians asking, and what was the tone and content of economic news items in the media at the time? The researchers went through the same procedure in four countries.

So what did you discover?

Personal characteristics have a limited impact

One of the most interesting findings, Vliegenthart calls the fact that personal characteristics such as age and education level, play a relatively small role in determining the media's effects on our perceptions of the economy. 'That came as a surprise to me, because other studies often took this as a given. The content and tone of news items tended to have a relatively similar impact on our perceptions of the economy, regardless of those personal factors', Vliegenthart explains.

As it turned out, negative news items had a far greater impact than positive messages: articles claiming the economy is doing poorly will have a negative impact on our perception of the economy and sense of confidence in the current government. 'This type of news makes us more likely to vote for parties that are currently not in government, regardless of their position on the political spectrum', Vliegenthart explains. However, the opposite does not apply: positive news doesn't significantly improve our opinion of the economy or boost our sense of confidence.

The comparison between individual countries also led the researchers to discover just how important economic context is in shaping our perceptions: our sense of confidence in the economy is mainly impacted by negative news before the outbreak of an actual crisis. 'Once the crisis hits, you're already in the thick of it. For example, you may have lost your job. By that point, your sense of confidence will have more or less disappeared anyway and you won't need the media to tell you things are bad.'

The team also found a correlation between negative news, economic context and perception amongst politicians. Politicians are most susceptible to news on economic issues before the start of an actual crisis. 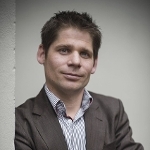 Copyright: Jeroen Oerlemans
A lot of news items don't paint the bigger picture or provide nuance. However, nuance does have an impact on our perceptions

'As we found, the number of negative economic news stories doesn't really reflect the actual state of the economy. We now know just how much impact these stories can have: people tend to lose a great deal of confidence. I would recommend that journalists take this into account: negative articles cause people to think more negative thoughts, which leads to a loss of confidence. Offering more contextual information could be useful in this regard. A lot of news items don't paint the bigger picture or provide nuance. However, nuance does have an impact on our perceptions.’

Articles on the study

The team is currently working on a book detailing the main results of the project, which will be published next year by Cambridge University Press. They have also published over twenty articles on the study, which can be accessed through the below links to the researchers' personal web pages. Find some of these articles listed here.