'I am also interested in the stories that are not told by museums. Then what I want to know is: why not.'

Ardjuna Candotti, a Museum Studies graduate, is working on projects at the Jewish Historical Museum and the Amsterdam Museum. At the same time she is working on a dissertation which stems from her Master's thesis. Furthermore, she is involved with the UvA research team, The East and Europe.

What was your Bachelor's degree?

My degree was in Cultural Studies at UvA. Most of the subjects I took during my Bachelor's degree were related to Italy. My dissertation for my degree was about the collection of contemporary art in museums in the 19th century, when the country became a single state, a kingdom that had not existed before then. Paris and London already had wonderful national museums for contemporary art, mainly paintings. Rome was still associated solely with ancient Roman buildings and there was a desire for a museum for contemporary art as well. I was awarded a grant to study abroad at the Dutch Institute for Art History in Rome.

After my Bachelor's degree I was given a place on the follow-on Master's programme in Museum Studies. I chose Amsterdam because of the international nature of the programme, the work experience programme, and of course the city of museums itself, Amsterdam. I had already done the minor Museum Studies programme here as part of my Bachelor's. The minor included a work placement at the Amsterdam Museum in the Education department; I helped to develop educational programmes. I did another extended work placement during my Master's, this time at the Jewish Historical Museum. There I helped to develop the education policy and I was also able to help put together an exhibition. These are still the two most important aspects of my work now. Over the last few years education has started to play a significant role in museum policy. We were accustomed to focusing on research and the content of exhibitions, but we have learned also to look from the point of view of the public. How can the public get involved in an exhibition?

For my Master's dissertation I looked into the collection of Asiatic art, principally Indonesian art, in museums in Europe. Namely the display of Javanese antiquities, particularly artefacts from the Hindu-Buddhist culture. These artefacts are now in the Museum of Ethnology in Leiden, but they were formerly displayed at the Museum of Antiquities, which used to be directed by a man who held the position for fifty years. This man was very influential in the study of these artefacts, the way in which they were exhibited and the story that was told about them. This is what interests me. Where did this man get his ideas for exhibitions from? What networks did he have? He had never been to Indonesia so he had to rely fully on perception. This perception is my main interest, and is also the subject of my current work at the Jewish Historical Museum and my PhD research. What do museums show, but also: what don't they show. Because of course there are a lot of things that museums don't show; some elements of the story are left out. What are the reasons behind that? That's what I want to know.

What sort of work do you do at the Jewish Historical Museum?

I am working on the development of educational products and programmes for the public. That could be tours, but also a special website, for example. So for the 'Jews in the Dutch East Indies' exhibition, I explored how the museum could get visitors to participate in the exhibition. The public could contribute stories of their own families to this exhibition, which would start a discussion. It was a great success.
But I also work, for example, on the comprehensibility of the texts and the design. The museum does sometimes have to make concessions for this. Sometimes an idea is too expensive or too controversial in practice. We also have to bear in mind trends in the museum world. Now we think differently about certain things compared to fifty years ago; this is reflected in what you see at museums.

My PhD research is about the imagery and representation of Asia in Dutch museums, but also about the representation of Asiatic art in museums in that part of the world. The comparative aspect of this is very important. Also within Europe. Although the director of the Museum of Ethnology did not travel to Asia, he did visit all the ethnology museums within Europe. Actually, he was in competition with comparable museums in France and England. He corresponded with the directors of these museums. My research is being conducted within the research team 'The East and Europe' at UvA. All studies related to Europe and the East are conducted within this team. The 'East' covers a broad spectrum in this context: Asia, the Orient, China, Indonesia. And vice-versa: Europe in Asia. So we are also looking at our field of expertise in Asia. 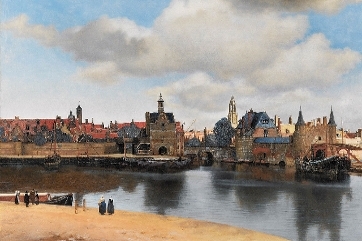 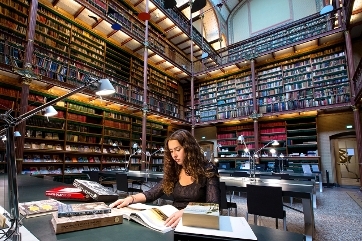