"I hope that I can pass on my passion for New Media to the next generation of students in the same way I was inspired by my teachers."

Why did you choose this Research Master's?

Initially, I was enrolled in the one year Master’s of New Media & Digital Culture following up on the BA programme. However, when I was introduced to the tools and methods of the Digital Methods Initiative during the first semester, I was immediately hooked and I decided to switch to the Research Master’s so that I could expand my research skills.

I particularly like the spaciousness that you get with the two year programme of the Research Master’s. It allows you to dive into several perspectives within your field before finding and solidifying your specific research interest for the thesis at the end of the programme. In addition, I like the international character of the program as it gives way to doing cross-cultural research by combining different languages or point of views. Finally, I liked the freedom in terms of expression, as I made some short documentaries next to the written work, while other students could pursue their graphic design skills for data visualisations which we would then analyse. Being allowed and encouraged to combine these skills makes it a typical Media-studies setting that attracts me a lot.

How did you design your programme?

During my first year, I tried to balance theoretical courses and methodological courses, since I am passionate about developing both. This was supported by the setup of core courses and electives, which also allowed me to merge the one year track of New Media & Digital Culture with the Research Master’s programme. I learned to do research with and through social media in several ways, studying not only its valuation and validation systems, but also the information politics and ideologies behind the systems. I learned to distinguish digitised and digital native data, and the way we can work with both types.

In my second year I expanded on this by delving into software studies through a tutorial, which is a small class setting that allows for close readings together with the teacher. Next to that, I took several philosophical courses, focusing on epistemology for example, as I was curious about how knowledge is formed in combination with technology after all the methods courses in the first year. I also wanted to reflect on technology from a more metaphysical perspective as well as an ethics-based approach. As you can see, the Research Master’s really allows for a variety of topics in terms of designing a programme based on your own research interests!

Which subjects did you find interesting?

I really enjoyed doing research towards online information politics, such as political topics on Wikipedia that are covered differently in different languages. It makes you rethink the idea of universality amongst online (encyclopaedic) content. The same goes for the way our current systems are made to deal with data, such as databases and the way they demand user queries, moving us towards an increasingly personalised way of approaching and interacting with information. I also liked researching the notion of quantification online in the sense that social interaction and personal identification become increasingly shaped through metrics instead of qualitative expressions. The rise of ways to express emotions online, such as emojis and sensor-based trackers, are interesting to keep an eye on as well in combination with the quantification movement.

What are your plans for the future?

I'm very happy to be able to call this intellectually stimulating environment my working place now, since I've become a lecturer in the Media & Information BA after I graduated. I hope that I can pass on my passion for New Media to the next generation of students in the same way I was inspired by my teachers.

Would you recommend this Master’s programme to prospective students?

Yes definitely, the Research Master at the University of Amsterdam is a unique opportunity to fully develop a track of interest, such as New Media, Film or Television, and at the same time expand your academic skills, such as reading, analysing, writing and presenting your work. If you aim to pursue an academic career, the Research Master really prepares you for that by introducing you to conference presentations and writing a draft of an academic journal paper, as well as peer reviewing that. 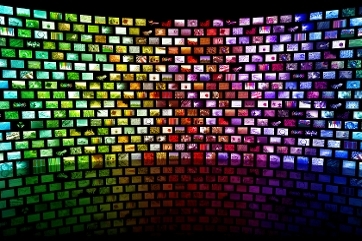 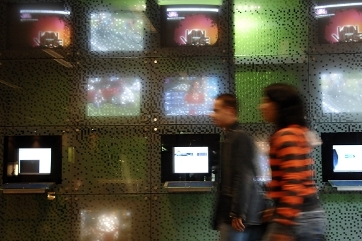 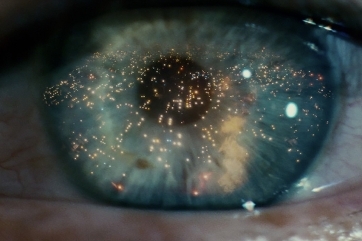