The first Spinoza Lecture by prof. Lewis Gordon Shifting the Geography of Reason is named after an idea formulated by the speaker in the late 1990s, which became the motto of the Caribbean Philosophical Association. The concept addresses the significance not only of transcending the East-West movement of thought in hegemonic thought, but also its implicit “Northern-ness” and the Euromodern colonial geopolitics of reason it encumbers.

This lecture will address not only the problem of epistemic colonization—ethnic and racial misrepresentations of intellectual history, coloniality of norms, market commodification of knowledge, and disciplinary decadence—but also the following problematics emerging from decolonial critique: (1) what it means to be human, (2) what it means to be free, (3) what it means to be reasonable and justified, and (4) what it means to think beyond narrow disciplinary constraints—in transdisciplinary ways. As Euromodern practices of dehumanization have roots in the Iberian “Reconquest,” the Inquisition, and the Enlightenment—in which Sephardic Jews and Afro-Muslims were marked and racialized—and is a basis of many contemporary crises of reason, this talk connects to ideas from the namesake of this annual lecture.

Lewis R. Gordon is an Afro-Jewish public intellectual, academic, and musician (jazz, blues, rock, reggae, hip hop, etc.). He teaches at UCONN in the United States, where he is Professor and Head of the Philosophy Department, with affiliations in several academic units, including Asian and Caribbean Studies and Jewish Studies. He lectures and is involved in political and artistic projects across the globe and holds appointments in South Africa, Jamaica, India, and France. He is also Distinguished Scholar at The Most Honourable PJ Patterson Centre for Africa-Caribbean Advocacy at The University of the West Indies, Mona, Honorary President of the Global Center for Advanced Studies, and co-founder of the Caribbean Philosophical Association and the Philosophy and Global Affairs Group. He is the author of many books, including, most recently, Freedom, Justice, and Decolonization (Routledge, 2021) and Fear of Black Consciousness (London: Penguin Books,  2022; Farrar, Straus and Giroux in the USA), which was listed on Literary Hub’s Most Anticipated Books of 2022. He is this year’s recipient of the Eminent Scholar Award from the Global Development Studies division of the International Studies Association.

About the Spinoza Lectures

Since 1995, the Philosophy Department of the University of Amsterdam has annually appointed a foreign philosopher to the Spinoza chair. As part of the appointment, the Spinoza professor gives a number of lectures intended for a broad audience that wants to stay informed about contemporary developments in philosophy. This year’s Spinoza lectures will pay tribute to Charles W. Mills, author of The Racial Contract (1999); Black Rights/White Wrongs; A Critique of Racial Liberalism (2017) and many other influential contibutions to political philosophy. His work has been foundational to the field of Critical Race Theory. Last autumn, Charles Mills died at the age of 70. Professors Lewis R. Gordon and Philomena Essed have kindly accepted to speak in his place.

Since 1995, the Philosophy Department of the University of Amsterdam has annually appointed a foreign philosopher to the Spinoza chair. As part of the appointment, the Spinoza professor gives a number of lectures ... 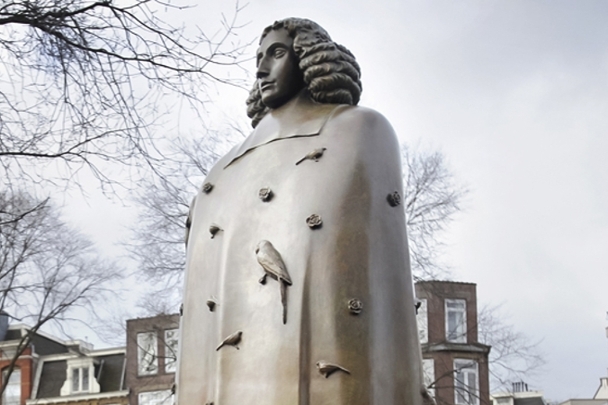 This Spinoza lecture by Philomena Essed is fully entitled From Everyday Racism to Cultures of Care in Higher Education: A Social Justice Route of Difference, Daring, and Deep Diving. The impact of everyday racism, ...