For many people, the image that is conjured up when they imagine life outside the city, is one that harkens back to an earlier era: an idyllic countryside, timeless, serene, far removed from the rest of the world. ‘As a result, we are actually only seeing half the story of the effect that ever-increasing globalisation is having on our world,’ says Esther Peeren, professor of Cultural Analysis at the UvA. Current events, such as the corona crisis and the Dutch farmers' protests, are only making this even clearer, according to Peeren.

Many of people’s perceptions are fuelled by cultural representations of the countryside. Films, TV shows and books set in the countryside frequently stick to older genres of the costume drama variety. But even when they are set in our current times, such cultural representations frequently do not engage with the reality of country life, where globalisation is equally likely to be wreaking radical changes as it is in the cities. Fascinated by this divide, Professor Esther Peeren started the ‘Rural Imaginations’ project, funded by the European Research Council. She focussed at first on the UK, but the project was soon expanded to include the US, China, the Netherlands and South Africa, and the project team found that the issue was seemingly universal, with a similar lag everywhere between people’s perceptions of the countryside and its actuality.

What makes this study of ideas about the countryside so relevant?
Esther Peeren: ‘In 2016, the Brexit vote and the election of Donald Trump happened within a few months of each other, and both were driven in large part by rural voters. At that point it became clearer than ever that there was great value in examining how our perceptions of the countryside and the people who live there reflect the reality. And as it has gone on, its relevance has continued to be confirmed by events in the world. Now with the coronavirus situation, for example, lots of elements of the countryside that were very seldom seen before have been made visible – through, for example, COVID outbreaks in rural prisons or in meat-processing factories located in rural areas. So the coronavirus is making visible these parts of the countryside where the effects of globalisation are very clear but which have previously been effectively hidden from view.’

Why did you initially choose the UK as a country to focus on?
‘My background is in English literature and culture, and I enjoyed watching these BBC programmes set on farms in the Yorkshire Dales or the Cotswolds, and it occurred to me that they were always about family farms or small-scale hill farmers and never about mega-chicken farms where they have a million birds. And I thought about how the idyll they construct has an incredible power to shift our opinions. In Our Yorkshire Farm, for example, a family with nine children own a farm in the Yorkshire Dales, with the kids working alongside the adults whenever they’re not in school, and it does look idyllic. But one could argue that what they’re showing in the programme is basically child labour. It’s presented as wholesome and good for them, but just imagine the outcry that would be generated by a similar show where a mother on welfare in a housing project in London is using her children to help her in her work.’

So the way the countryside is frequently presented is skewing perceptions?
That’s right. The lack of images showing the reality of the countryside means people are often underinformed about it, which can lead to ever more distorted views of it. It’s like with COVID affecting mink farms in the Netherlands – a lot of people had no idea that those farms even existed, even though it’s actually a huge industry in certain parts of the country. But it’s not like there’s going to be a TV programme now where they pay a lot of attention to that, because people just don’t want to know, and that’s central to the project – asking why people are so resistant to different images of the countryside and why there is this denial of the reality of much of rural life?

And, by the way, this does not just apply to people who live in cities - even people who live in rural areas are quite often attached to the idealised vision of the countryside. It’s not a binary opposition between ‘you have the idealised vision’ and ‘you know the reality’. In fact, you can know the reality and still be attached to ideas that are not in touch with that reality, even if you see it every day.’

So you’re saying people tend to see the countryside as a counterweight to globalisation and urbanisation?
‘Exactly. The countryside acts as that counterweight, and if turns out that it is just as polluted as urban areas, and just as riddled with the same kind of issues – poverty, crime, domestic violence, etc. – then people lose that feeling of balance, even if it is actually illusory. There was an episode of the UK show Countryfile a while back that looked at the rise of the far-right in the countryside. Afterwards they received lots of complaints along the lines of “Give us back Countryfile as it should be, focusing on the positive aspects of rural areas.” The fantasy of the idyllic countryside was being spoiled and people did not like it. 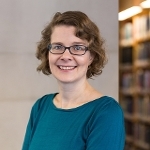 Copyright: UvA
People are very unwilling to let go of these imaginations and that is why they are so often receptive when such ideas are used in a political way. Esther Peeren

How do the ideas get used in politics?
‘For example, populist politicians in the Netherlands (and many other places) will frequently suggest that people who live in the cities have become corrupted and are not living a traditional Dutch life anymore, so we have to look to the countryside to get our ‘proper Dutchness’ back. Farmers and rural folk are ‘the people’. They are ‘the real people’ with whom the ‘urban elites’ are out of touch and whom they can’t possibly understand.’

So the project’s examination of the Netherlands came from that political angle?
‘Yes. Other recent events which proved the project’s relevance were the farmers’ protests in the Netherlands. In the early period of the protests, the farmers sought to present themselves as hard-working guardians of the food supply, unjustly beleaguered by a political class concentrated in urban areas. They were making out that they were small-scale businessmen struggling to survive, oppressed by regulations. This seemed to strike a chord with people and the protests initially enjoyed a lot of support. But as they went on, it began to come out that quite a few farmers in the Netherlands are millionaires and that what we call family farms are often not family-run at all but dependent on migrant labour. The more information that came out that conflicted with the image of the idyllic countryside of our imaginations, the more support for the protests dwindled.’

And, as you mentioned, the coronavirus situation has again confirmed the relevance of the project?
‘For sure. These idyllic imaginations return in times of crisis to give people an escape. As the current cottagecore trend shows, people are still dreaming of escaping to the country, of a place that is somehow exempt from the problems of the pandemic.

That has been one of the great pleasures of the project: all these momentous world events proving its relevance over and over. And also discovering how universal this issue is as we have expanded to look at other countries. There’s so much to look at in this area and I think it will remain a fertile field for study in the future too.’