Can artificial intelligence help compose a successful Eurovision hit? Team Can AI Kick It, consisting for the most part of staff and students from the University of Amsterdam and the University of Utrecht as well as rapper Willie Wartaal, collaborated with AI to create the song ‘Abbus’ and is squaring off against twelve other teams from Europe and Australia in the VPRO’s AI Song Contest.

Stepping out of their comfort zone

Ashley Burgoyne, lecturer in Computational Musicology and leader of the UvA part of the team, is impressed with the quality of their song and with how the project turned out to be a real group effort. “Everyone’s input can be discerned in the song,” he says. The team’s success was not beyond doubt from the start, however. Although the Netherlands has a strong history of research into computational musicology – for instance at the UvA, the UU, and the TU Delft – music generation is a beast of its own, and one that has been given much more attention abroad. Burgoyne tells us that this was the team’s biggest insecurity: “We were not sure if we would be able to succeed, because we really do not have specialists in the field of music generation within the Netherlands.”

“Luckily, during the team’s first meeting in December 2019, Master’s student Computational Science Arran Lyon provided a stepping stone: in his spare time, he had already developed a music collective that automatically generates music based on neural networks. His software helped a lot and this gave the team a boost,” Burgoyne says.

All of the melodies used in the song were generated by AI, which studied datasets of pop, Eurovision and even Dutch folk songs. The team also used AI, in the shape of Burgoyne’s Eurovision Hit Predictor system, to judge which melodies would be the most catchy. 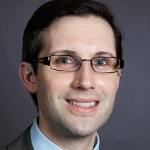 Copyright: FGw
Next time, we would feed the AI more ‘bad’ examples of not-so-great songs, so it learns what to avoid. Ashley Burgoyne, lecturer in Computational Musicology

Although the judges will award bonus points to songs created entirely or almost entirely by AI, team Can AI Kick It wanted to do more of a collaboration: “To me, music generated entirely by AI is really not that interesting,” Burgoyne says. “We decided we wanted some human input, too, among others because that is what the future role of AI in music production will probably consist of – more of a collaboration. Moreover, while AI technology is great for creating local patterns, it does not yet deal well with the higher structure of a song, i.e. which bits form verses and which form choruses, and how they should be organised.”

Master’s student Artificial Intelligence Janne Spijkervet and Dutch rapper Willie Wartaal provided this human touch by piecing together the structure of the song. The team also decided not to leave the lyrics entirely to the grace of the AI (created by Spijkervet’s Lyrics Generator), because it proved to have a revolutionary streak and came up with phrases such as “Kill the government, kill the system!” (which they actually ended up using at the end of the song).

What stands out about the resulting song is that it sounds fairly ‘normal’ and poppy, and catchy at that; it is definitely recognisably music. Burgoyne is proud: “The song came out better than expected. In the end, it was not as difficult as we had anticipated. Everything fell into place, and it was really a great experience.” He explains that next time (he hopes there will be a next time), they want to feed the AI more ‘bad’ examples of not-so-great songs, so it learns what to avoid. Because the process relies entirely on data, you must be very conscious of what data you end up using, because it will greatly affect the outcome.

About the AI Song Contest

The other competing teams, hailing from Australia, Sweden, Belgium, The UK, France, Germany, Switzerland and The Netherlands, have all taken their own approaches, some with a more balanced AI input, while others submitted songs that were fully written by AI. Despite the judges awarding bonus points to larger AI contributions, Burgoyne is curious to see whether this can compensate for the lack of human input.

The AI Song Contest is a VPRO initiative set up to challenge teams of musicians, artists, scientists and programmers to create the next Eurovision hit with the assistance of artificial intelligence. A panel of AI experts will evaluate the songs on AI level, but the public gets to decide who wins. Voting has opened; the winner will be announced on 12 May.