Who: Daan Roovers (1970)
What? Lecturer in Philosophy and Public Affairs and Philosopher Laureate of the Netherlands
Studied: Medicine and Philosophy
First job: Saleswoman at a florist's
Favourite place at the UvA: The Oudemanshuispoort and the library on the Singel
Essential: Books

'In the past, philosophy had no role in my life. I wasn't taught it at my secondary school in Veghel and I barely even knew what philosophy was – let alone realise it was something you could study. As I had picked mainly science subjects, my focus was more on natural sciences degree programmes. After passing my school-leaving examination, I went to study Medicine in Nijmegen. That programme turned out to be a disappointment, but since I'd already made a start, I decided to keep going. In my third year, I took an optional course in philosophy. The lectures were terrific. It was there that I finally found an intrinsic motivation. During each lecture, our lecturer Harm Boukema fervently unveiled a new world view for us. Nothing about the texts we were assigned made sense to me, but I didn't mind. On the contrary: it fascinated and intrigued me. Everything fell into place once that remarkable man had explained it in class. The week after I would return to discover another world view, which often contradicted the last one. Week after week, I was blown away and inspired. I was awestruck that someone could come up with all of that.'

'At that time, however, I didn't think philosophy was something you could make a living at, so I finished my medical degree. I didn't know anyone who worked in the field of philosophy. Well, a few people at the university of course, but outside academia, there was barely any professional field to speak of. The research domain in philosophy was not that big to begin with, so I didn't think it was realistic to try and go into that. My outlook was that I'd rather be a doctor than unemployed. Back then, you sometimes had to wait a few months for a clinical internship to open up, so in the meantime, I finished my philosophy degree. After doing an internship abroad, I had another waiting period ahead of me. To bridge that period, I did a work placement at Filosofie Magazine. That magazine had just been started by a group of enthusiastic, ambitious students. The work placement led to a job opportunity at the magazine, so I deferred the remainder of my internship to see if I could get a job in philosophy. I did, and I never looked back.'

Philosophy isn't the intimidating term it used to be

'These days, I have a very different view of the job opportunities available to Philosophy graduates. Partly because of the path I chose alongside the people at Filosofie Magazine, a whole new domain has opened up. There is now a professional field for philosophers outside academia. For example, there are people who organise programmes, work as journalists, write books, give lectures or go to work at cultural institutions. Philosophy isn't the intimidating term it used to be. There is now an image of philosophers as people with a broad perspective who have something to offer. They are no longer thought of as some kind of spacehead, or an old man with a beard wearing sandals. At Filosofie Magazine, we've played a big part in changing that image. After finishing my work placement, I first started freelancing and later became final editor and editor-in-chief. The role gave me an amazing amount of freedom, because Filosofie Magazine was new and didn't yet have any history or fixed structure. That meant we could come up with everything ourselves.'

'What is philosophy? A clear-cut definition doesn't exist. "Love of wisdom", "wonder", or "the exposure of self-evident truths" are a few descriptions I find beautiful and valuable. The way I define it is, "opening your mind to viewing things from another perspective". It's about a mental activity. You can also define philosophy as "the tradition of critical thinking". My first philosophy lecturer, Harm Boukema, always said: "Philosophy is the struggle against prejudices". It's about suspending your primal judgements, taking a step back from your ideas, taking a moment to circle around them and integrating as many new perspectives into them as possible. Philosophy can help promote a democratic discussion – one that involves everyone, exists between everyone and must be able to take place at all levels. It's a field that involves texts, books and contemplation. I usually come up with new ideas while I'm reading, so I try to do a lot of that - recent and also older stuff. I let the information in the books I read sink in and then I choose my own path with it. As a philosopher, I'm always standing on the shoulders of others. I give their work my own personal twist, just as philosopher Michel de Montaigne advised us – to learn from books but form our own judgement.'

People have to be well-informed and be able to form an opinion. Philosophy should ideally help us achieve that.

'At the time, we thought of Filosofie Magazine as an instrument for furthering our mission to make philosophy part of culture. We managed to do that pretty successfully; the magazine's success has enabled us to develop many initiatives, such as the "Socrates Cup", the Night of Philosophy, the Month of Philosophy, lectures and trips. I came up with the title of Philosopher Laureate of the Netherlands at that time, as well. Now, years later, I've been asked to bear the title myself. I was really astonished, dumbfounded. It is such an honour and an opportunity and it aligns with my constant mission to make philosophy accessible to as many people as possible. Philosophy brought me so much enjoyment as a student and I wish for everyone to experience the same. I want to make philosophy socially and politically relevant – not because I think can create a social model from the ideas I learn from books, but because I believe it's necessary to get everyone thinking. Democracy places high demands on citizens. Not only do you have to be well-informed, you also need to be able to form an opinion. Philosophy should ideally help us achieve that.'

'My work is in public philosophy – or in Dutch, publieksfilosofie, a term I think I introduced in this country myself. A number of years ago, a journalist asked me about the "mainstreaming of philosophy". I thought that was too simplistic a characterisation. It's not about "Plato for Dummies", about top-down philosophy, but rather about looking at what's going on in society and how we should think about it. Back then, I called this "public philosophy". As it turned out, the concept had already existed for quite some time in the USA. Walter Lippmann, a political thinker and journalist from the early 20th century, described it as a foundation of ideas, principals and knowledge about the rule of law and the workings of society. In effect, it's a foundation for citizenship. In using the term, I thought I had introduced something new, but it ended up popping up all over the place. As an external PhD candidate at the UvA, I tie together the various definitions in my doctoral thesis. My thesis is about the evolution of public opinion and the normative challenges that are placed on it in the digital public sphere.'

Make no mistake about what studying can bring out in you

'I'm also a lecturer at the UvA. As Filosofie Magazine gained popularity, my duties moved further away from the realm of philosophy itself. I didn't like that, so I went back to university. At the time, I was already teaching a short course at the UvA, the "Philosophy Practical". The UvA had two Master's in Philosophy back then: a Research Master's and a general Master's. I wondered what students did after graduation. There aren't that many research positions, but if that's what you're aiming for, you pursue a Research Master's. But what kind of prospects do you have with a general Master's? I proposed to develop a course for the UvA in which students would examine the opportunities open to people with expertise in philosophy. They gave me plenty of freedom to do this, which was really fun. In the Master's course Philosophy and Public Affairs that I designed, I try to think with students about how they as philosophers might intervene in the public debate. I take my students on "field trips", as I call them. We visit lectures and places where philosophy is practised as a discipline. These trips strengthen our bond, but I also think it's good for them to see how philosophy can be practised professionally.'

'I'm self-employed and I only teach two courses, so but I think the UvA is a nice place to work, full of strong-willed, intelligent and dedicated people. I'm struck by the degree of political involvement, also among students. Philosophy students are almost always intrinsically motivated people. You decide to study philosophy because you enjoy it and not to "become" something. That's a nice motivation, also for the lecturers. People are interested in the subject for its own sake. Make no mistake about what studying can bring out in you: if you're driven, interested and willing to work hard, you'll find your own path. It doesn't happen to everyone, but if you're fortunate enough to find something you really love, I believe you must never pass up the opportunity to pursue it. When I look back now at what I've done over the last 25 years, all roads led in the same direction: towards philosophy, politics and media. That's reassuring to me. It's a path that I forged for myself.' 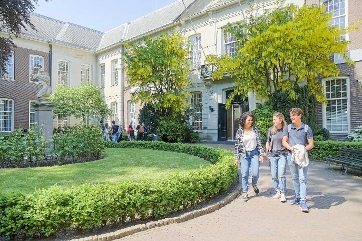 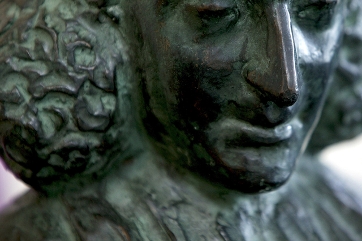 Looking for an English-taught Master's in philosophy?
Read about the Master's in Philosophy 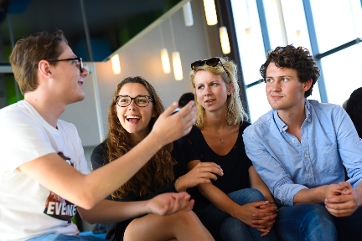 Come and visit us and see our campuses for yourself.
Go to Open Days