Who: Sija den Toonder (1992)
Studied: Bachelor's in Language and Communication and Law, Master's in Private Law Legal Practice.
First job: babysitting and newspaper route.
Favourite place at the UvA: the seventh-storey office where Sija works at the Roeterseiland campus has a great view of the city.
Essential: her lawbook.

Sija den Toonder (1992) is a Master's student in Private Law Legal Practice. She traded Nuenen for Amsterdam, with the idea that the city is a place where everyone can be free. She decided to enrol at the UvA, and after finishing both a Bachelor's in Language and Communication and one in Law, she continued on into the Master's programme in Private Law Legal Practice. She is in the Honours programme and participates in the Amsterdam Law Firm (ALF). For her, Law is also a kind of language programme – one in which you have to decipher the meaning behind words.

Having gone from studying language to studying law, do you see a big difference?

'I love language, which is why I started with Language and Communication. During my studies, however, I realised that I was not really sure what I ultimately wanted to do with my degree. When I was 23, I began figuring out what my other interests were. I thought, if I want to take on a second degree programme, I have to know for sure that I like it and really go for it. Language – which was still definitely an interest of mine – led me to Law, which is actually a kind of language programme, too. You spend most of your time deciphering what is meant. I enjoy the game aspect, the puzzle-solving. I love argumentation and all the different ways you can convince or persuade another person.’

Deciphering the meaning behind words is an exciting game.

Do you consider yourself highly ambitious?

‘Yes, I suppose so, now that I think about it. During my law studies, I took on every extracurricular opportunity that came my way. I joined the Honours programme and I participated in the Amsterdam Law Firm, a minor that gives you a lot of practical experience. You work on a case with real law firms in the Zuidas business district. The case is usually either fictional or has already been wrapped up, but you have to study it and treat it just as lawyers would in real life. I also work at the UvA. After starting out as an information officer at secondary schools, my duties gradually expanded and I now work 19 hours a week as a student assistant in the communications department of the Faculty of Law. It is a lot of work, but it is fun and meaningful. I learn from it and it will be useful to me in the long term.'

You start to realise that the law is everywhere.

And you're presumably hoping to find a job with a large law firm after graduation?

'My preconceived notion was that solicitors were mostly men in suits, and I wasn't sure I wanted to be a part of that. While I didn't have any "Suits" fantasies about the practice of law, I now also know that the picture painted by series like that is not entirely accurate. I am not necessarily interested in companies or shares; I am more interested in law related to people. Why do people do what they do? Juvenile law is interesting to me; I want to help people. The Master's in Private Law Legal Practice is about all of the laws that apply to people, about contracts between people. Juvenile law is also about private law: people have the right to make agreements among themselves about things like co-parenting, for example.’

I feel free to be myself at the UvA.

Are you glad you chose the UvA?

'When I started university, I was hungry for adventure, which is why I wanted to study in Amsterdam. The big city appealed to me, the idea that everyone here can do what they want. To me, the UvA is a friendly place; I feel like I'm free to be myself. The Law lecturers use the formal form of address, but aside from that the atmosphere is fairly casual. You are always welcome to express your opinion. In the Honours programme and the ALF, I had classes in small groups. I liked that, because the Law programme itself is so large. I learned how to work effectively with others and made new friends. To me, a valuable aspect of my time doing the Law programme was that I was with people who shared the same goals. We wanted to do our best, but at the same time also wanted enough time to have fun. Students can help each other better themselves.' 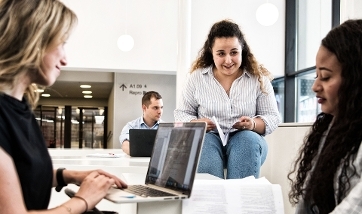 See the full range of programmes offered by the Amsterdam Law School, including exchange and summer programmes.
Go to LLM programmes 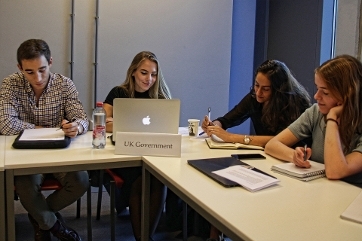 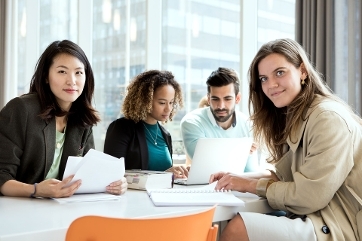