This month, the UvA and the NIOD Institute for War, Holocaust and Genocide Studies reflect on the 20th anniversary of the study and research programme Holocaust and Genocide Studies in the Netherlands. What once began with three students has developed into a unique and international programme that attracts students and researchers from all over the world.

April 2021 marks precisely 20 years since the Dutch government, the UvA and the NIOD decided to establish a centre for Holocaust and Genocide Studies. That establishment was connected with the signature of the Declaration of the Stockholm International Forum on the Holocaust (2000), with which the Netherlands promised to actively devote itself to academic research and teaching in this field.

The newly-established centre was given the mandate to arrange research, university teaching and education, and to contribute to the public debate. The accompanying Master’s programme began in 2003 with three students, says Nanci Adler, Professor of Memory, History and Transitional Justice. ‘We began with a Master’s programme taught in Dutch, which primarily focused on the Holocaust. Over the years, an increasing number of international students have come and we have switched entirely to English.’ Nowadays, the programme, which is unique in the Netherlands, receives lots of registrations every year and has had to adopt a stringent selection procedure.

The field of study is becoming broader

The intake of international students was also a motivation for broadening the contents of the programme, says Adler. ‘The students brought their own interests. They wanted to focus, for example, on other genocides than the Holocaust and on transitional justice – issues related to the aftermath of mass political violence.’ Students and researchers now study instances of genocide and mass violence all over the world. For example, researcher Dirk Roodzant will obtain his doctorate in April 2021 for research into the Armenian genocide, and other research projects focus on countries such as Rwanda and Cambodia. In 2020, researcher Uğur Ümit Üngör, who specialises, among other things, in comparative genocide studies and violence in the Middle East, was appointed Professor of Holocaust and Genocide Studies. 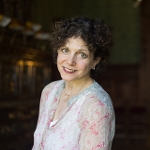 In the future, Adler expects the contents of the programme to be broadened even further. “The field of study is becoming ever broader. One example is perpetrator studies: by interviewing perpetrators, we can learn more about the mechanisms behind violence and terror. In addition, we are going to focus more on the second and third generation of Holocaust victims. Most people who survived the Holocaust are no longer alive now, but their children and grandchildren are still dealing with it. Genocide, war and violence cast a long shadow, including the aftermath of colonisation.’

Beyond the borders of specialisms

To mark the 20th anniversary of the programme, an international symposium took place on 9 April 2021, entitled Holocaust and Genocide Studies: Looking Backward, Moving Forward. During the symposium, we looked back on the developments on the field of study and looked forward to the future. One of the most important objectives of the symposium was to bring together different intellectual communities that are occupied with the study of war, genocide and the Holocaust. 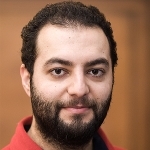 Copyright: FGw
If we pooled our knowledge in a broader intellectual movement, we could gain more insight into the causes and correlations. Uğur Ümit Üngör, Professor of Holocaust and Genocide Studies

‘Due to the various branches within academia, a fragmentation arises, a tunnel vision in which you forget as a researcher to include other research fields in your line of thought and research’, explained Professor Uğur Ümit Üngör, who hosted the symposium. ‘This symposium wanted to help researchers of mass violence and genocide broaden their outlook, beyond the borders of their specialisms and disciplines. Not only historians study mass violence and genocide, but also anthropologists, sociologists and political scientists. If we pooled our knowledge in a broader intellectual movement, we could gain more insight into the causes and correlations.’