The use of economic sanctions continues to rise around the globe. ‘While democracy and liberal institutions have led to the decline of war, they paradoxically have also triggered the rise of economic coercion as a new way to exercise power in international relations,’ political scientist Dawid Walentek concludes in his PhD thesis on the rise and success of economic sanctions.

It is often argued that the rise of democracy and liberal institutions, like the UN and NATO, and our societal objection to violence and war leads to cooperation and peace between states. Although war has indeed declined since the end of the Cold War, economic coercion has substantially increased at the same time.

Dawid Walentek, PhD candidate in Political Economy, studied this rise of economic sanctions and argues that – paradoxically – democracy and liberal institutions created the breeding ground for the rise of economic sanctions. ‘The exercise of power in international relations has been rechannelled from war into economic coercion,’ Walentek concludes. ‘Rather than disappearing, the exercise of power has changed.’

Economic sanctions are commercial penalties that countries apply against other states or groups in response to geopolitical challenges such as terrorism and conflict or other political, military and social issues. ‘Sanctions are a very broad instrument used around the globe by states to either coerce other states or to protect themselves. Think of the restrictions on trading in Russian goods after the annexation of Crimea, or the severe limitations on conducting business with Iran due to its development of nuclear weapons. However, it is not only liberal states that are using sanctions, increasingly, authoritarian actors like China are also using the tool of economic coercion.’

‘Policymakers present sanctions as more humane and civilised ways of coercion, thus suitable for states in the post-Cold War liberal order. Yet at the same time we cannot fully grasp the secondary effects of sanctions – even the targeted ones – on ordinary citizens, nor can we fully understand the spread of sanctions across countries through complex value chains. I would never argue that liberal states should not act when we observe a violation of human rights, for example. But the increasing use of economic sanctions calls for strategic thinking and insights into the dynamics of economic coercion,’ Walentek explains.

From personal to academic curiosity

‘I became interested in the topic while still working for the Embassy of the Republic of Poland in The Hague, after the EU implemented restrictive measures in response to the crisis in Ukraine and Russia responded with countersanctions. At the embassy we received a list of items that could no longer be exported to Russia and for which new customers were wanted immediately. That exposed me to the relation between political decisions and dynamics of economic exchange between nations.’

‘When reading more about the topic of economic sanctions I soon found that a lot has been written on the effectiveness of sanctions – whether they work or not – but hardly anything about why we are seeing them used so much more frequently. Since the end of the Cold War, sanctions have become an increasingly important coercion tool.’

‘Scholars have long debated whether democracies strive for economic peace to the same extent as that they attempt to avoid waging war. In my analysis I found that economic peace does not exist and that democracies are more likely to issue economic sanctions, and also to sanction each other,’ says Walentek about the results of his study. ‘This likeliness to issue economic sanctions is on the one hand explained by this being a substitute for war. Sanctions are a clean and non-violent and therefore attractive alternative.’ 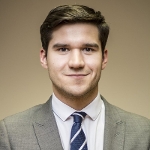 ‘But the increased use of economic sanctions is also triggered by domestic politics. Democratic political leaders can gain broad domestic support and secure their position by using sanctions to address foreign policy and protectionist demands. I demonstrate this with an analysis of the popularity of US presidents between 1950 and 2005. Their popularity increased by roughly 1 percent when imposing sanctions, but it also decreased by around 2 percent when issuing empty threats.’

‘Because democratic political leaders can lose support when sanction threats are not followed up on, as shown in the analysis of the US presidents approval rating, I also wanted to know when threats of economic sanction lead to success. I found that the effectiveness strongly increases when the economic costs to the target become higher, when there is a higher certainty that the sender will indeed show resolve, and when the domestic audience costs for issuing empty threats become higher.’

‘While democracy and international organisations may have a negative effect on military conflict, they do appear to positively stimulate economic coercion. Rather than disappearing, the exercise of power in international relations is changing. Economic coercion thus is and will be a popular method for liberal states to resolve conflicts, which calls for a more strategic and also ethical approach then current ad hoc practice,’ Walentek concludes.

Dawid Walentek, Conflict and Punishment in a Liberal Order: The Rise and Success of Economic Sanctions. His supervisor is Prof. Geoffrey Underhill, with Prof. Annette Freyberg-Inan and Dr Sebastian Krapohl as co-supervisors.

Walentek conducted his doctoral programme at the Political Economy research group of the Amsterdam Institute for Social Science Research (AISSR) at the University of Amsterdam.

Time and location of the defence

The PhD defence will take place at the Aula of the University of Amsterdam on Wednesday, 23 September, at 11 am. Due to the coronavirus measures, attending the PhD ceremony is by invitation only, but you can follow the defence live on-line. The link to the online event will be included in the agenda item.