In 2015, Rubén Espinosa, a journalist, was murdered in Veracruz, Mexico. The most likely culprits were the local political elites, whom Espinosa had criticised in his articles. Espinosa was also a key informant for the research of political scientist Jos Bartman. Bartman, who was investigating repression in subnational undemocratic regimes, discovered why such regimes are highly vulnerable to negative publicity. On Friday 23 October, Bartman will obtain a doctorate from the University of Amsterdam (UvA) for this study

A global trend is emerging in which journalists who write about topics such as crime or corruption are being murdered more frequently than war correspondents. This type of violence poses a threat to free speech and is closely connected to the worldwide democratic downturn we are currently experiencing. When journalists are not free to publish stories on topics that affect the public interest, this poses an impediment to voters’ ability to form their own opinions.

‘The only way for us to understand this violence against journalists is to look at subnational political elites that enjoy a great deal of autonomy and power and, in some cases, are able to continue to function undemocratically despite democratisation at a national level,’ says Bartman.

The power of local political elites is growing

‘For several decades now, we have been seeing a trend toward devolution, in which central governments around the world are delegating more and more tasks and responsibilities to lower levels of government. This has served to increase power among local political elites,’ Bartman explains. ‘At the same time, the central democratic institutions in newly minted democracies – such as courts, public prosecutors and law enforcement institutions – often lack effective local representation, resulting in legislation being poorly carried out. This has served to create a global class of subnational undemocratic regimes that have turned out to be quite adept in surviving the democratisation process. These regimes have managed to preserve a marked imbalance of power between themselves and local opposition parties and have no qualms about using repression and violence.’

Local political elites are facing a war on two fronts

Although subnational undemocratic regimes may be powerful, they are not sovereign. When these regimes are part of a democratic state, says Bartman, they face a war on two fronts – through local elections which they might lose and through the intervention of the national government and central authorities. This two-pronged threat creates uncertainty with regard to the position of local political elites. That uncertainty is strengthened by actors such as activists and journalists who can expose incriminating matters such as corruption and human rights violations.

‘What's more, subnational undemocratic regimes tend to have a lot of skeletons in their closets, as they are frequently associated with weak implementation of the law,’ Bartman explains. ‘Local elites therefore stand to benefit from curtailing the reach of incriminating information, to which end they deploy numerous tools of power such as bribery and repression.’

Research in Mexico and India

Bartman spent months in the field in Veracruz, Mexico and Gujarat, India, where he spoke with both the local political elites and journalists and activists. One of his key informants was the journalist Rubén Espinosa, who was murdered in 2015, making him the tenth critical journalist to be silenced in Veracruz since 2011.

‘Initially, I wanted to take a general look at how local political elites use repression to maintain their positions of power,’ says Bartman. ‘If you look at Veracruz, the same political party – the PRI – has been in power for a century and is therefore a good example of such an elite. The murder of Rubén Espinosa, however, caused me to shift my focus from the mechanisms of repression to the actors who are being repressed. What makes them so vulnerable in subnational undemocratic regimes? In what ways are they being repressed?’

Repression is rarely a one-off event and is covert

Journalists and activists can increase their power by disseminating incriminating information in the national public arena, by seeking direct contact with central authorities and by verifying compromising information, that is by supplying proof that makes it impossible to deny. ‘Yet neither the local political elites nor the actors who spread incriminating information know exactly which consequences the political elites will face should certain information become public knowledge. If someone has been in power for a century, you’d probably guess they are rather comfortable in their position and have gained a sense of being “untouchable”. Yet as a result of the aforementioned uncertainty, local political elites do in fact care about negative publicity and are constantly working to repress it,’ Bartman concludes. 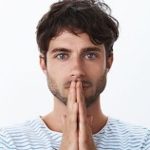 Bartman discovered that rather than being limited to a single action, this repression tends to be incremental: heavy-handed repression tactics tend to follow ‘milder’ forms of repression and bribery attempts. Furthermore, repression – especially the violent forms – is practised in a covert fashion through cooperation with non-state parties. In Mexico, organised crime plays an important role in this. The Los Zetas group, for example, primarily threatens journalists and is known to have close ties with the local government. In India, NGOs were revealed to be an important partner in repressive action. ‘That doesn't mean organisations like Humanitas,’ Bartman explains, ‘but rather Hindu-nationalist NGOs that maintain close ties to certain political parties and do those parties’ dirty work for them.’

Better insight into the vulnerabilities of certain actors

‘Phenomena such as the repression of those who participate in demonstrations are not the only indicators of the degree to which subnational political elites practice repression,’ Bartman concludes. ‘Ultimately, my goal for this study is to contribute to the understanding of tragic events such as the murders of journalists in Veracruz. While such understanding will not immediately result in improvement, it can offer more effective insight into the vulnerabilities of certain actors and the responsibilities of others.’

The PhD will be conferred in the Aula of the University of Amsterdam on Friday 23 October at 11 am. Due to the situation in connection with COVID-19, attending the doctoral ceremony in person will be invitation only; it will, however, be possible to follow the ceremony live online. The link will be posted in the calendar on the website several days before the ceremony.