When it comes to political representation of women, political scientists Liza Mügge and Zahra Runderkamp give the Netherlands a failing grade. They say the current political process hinders both the entry and retention rates of women in politics. However, the upcoming elections offer a ray of hope.

PhD candidate Zahra Runderkamp is currently researching the representation of women in politics and the high drop-out rate. Liza Mügge, associate professor of Political Science, is conducting research into ethnic and gender diversity in politics and how citizens identify with politicians, among other fields. Together, they spoke about the political representation of women in the Netherlands and why it is still lagging behind. 'There is some sort of generally accepted myth of equality.'

Netherlands given a failing grade

'On paper, men and women may have equal rights, but the outcomes are not equal', adds Mügge. 'In the public debate, people often claim that this imbalance will correct itself on its own, but in the meantime, the Netherlands has dropped to 41st place in the rankings. If we continue the way things are going, it is estimated that it will take 100 years to achieve political equality in the Netherlands.'

Lack of networks and role models

'There is some sort of generally accepted myth of equality', explains Mügge, 'and this myth masks processes that influence the outcomes. For example, networks greatly influence a person's ability to become a candidate for political office. These networks are essential in order to make yourself visible, but they are mostly dominated by men. That means women have to work even harder to be accepted as candidates.'

'In order to motivate women and girls to aspire to political roles, they will need to be inspired to do so. Role models play a huge part in this, but unfortunately there aren't very many. For example, Sigrid Kaag and Lilianne Ploumen are wonderful role models, but how often have we seen female politicians managing the corona crisis? And think what a role model like Angela Merkel means to girls in German or Sanna Marin in Finland: the girls there can imagine themselves as prime minister. Girls in the Netherlands have never had a female prime minister to look up to.'

Politics is neither a safe nor pleasant working environment

However, encouraging women to enter politics in greater numbers is only one side of the story. 'To reduce the deficit, we must ensure that women have a pleasant working environment within the political world, and we're a long way away from that', says Runderkamp. 'Political assistants tell us that there is a great deal of sexism in the workplace and we are seeing women leaving politics in droves.'

Runderkamp's research shows that many political mechanisms continually work against anyone who isn't white, male, over the age of 50 and highly educated. 'For example, there are late-night meetings or other obligations that politicians have to deal with, but no childcare is provided. Politics pays very little regard to parental duties.' 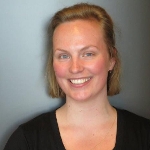 Copyright: Jose Komen
Politics must become a safe and pleasant environment for everybody Zahra Runderkamp

'We have illustrated the obstacles in a flow chart and for each stage, we have noted specific mechanisms that work against women', explains Runderkamp.

'It's like a funnel: the pool of potential female candidates gets smaller and smaller with every stage, meaning fewer of them are elected and eventually enter politics. So besides entry percentages, institutional processes will have to change in order to make politics a safe and pleasant environment for everyone.'

'We are seeing that the candidate lists for the upcoming elections are much more diverse than they have ever been', says Mügge. 'The Black Lives Matter movement and attention to gender inequality has seen a great increase in diversity in the past two years. This momentum will help to increase diversity in politics.'

Mügge believes that BIJ1, the party led by Sylvana Simons, has a great chance of being elected to the House of Representatives. 'It's a very diverse party that appeals greatly to young people.' However, it is also wonderful that this year, two mainstream parties have women as their party leader: Sigrid Kaag of D66 and Lilianne Ploumen of the Dutch Labour Party. 'This is unique as in the past, only the smaller parties were led by women. We're now closer to having a female prime minister than ever before', says Runderkamp enthusiastically.

Does politics work better when it's equally proportional? 'Yes, studies have shown that gender equality in politics delivers better results. Women are better at cooperating, promote inclusive processes that also get citizens involved, and often raise questions in parliament that other people would not raise. Furthermore, it turns out that women are better leaders simply because they have had to work so much harder to get where they are. In short, women raise the quality of democracy. Furthermore, it sends a message to society that politics is a shared responsibility, which helps boost political involvement within the general public', Mügge and Runderkamp conclude.