Interested in studying Brain and Cognitive Sciences at the UvA? On this page, you will find all our information activities for prospective students. Join our live Q&A with the programme director, read the FAQ, ask questions to our students or take a Virtual Campus Tour.

The programme in 3 minutes

What makes this programme unique? Which courses do you take? And how is it to study Brain and Cognitive Sciences? Programme director Harm Krugers and second-year student Siel Hoornaert will answer these questions.

Have a chat with a student, lecturer and/or student advisor. You'll get a short presentation about the programme and can ask all your questions live, together with other prospective students. The next Meet & Ask session will take place in November 2022. 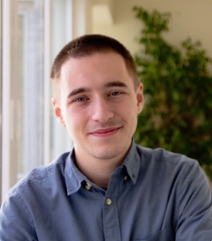 Hey everyone! I'm Dimitrios and I come from Greece. I did all my undergraduate studies and thesis in Larissa and Athens and now I'm in Amsterdam for my masters studies in Behavioural Neuroscience as part of the Brain and Cognitive Sciences research masters here at UvA. I love photography and filmmaking, but my interests are broader than those two... sadly I had to pick! I'm here to answer any question you have regarding Master's life and research in Amsterdam :)
Ask Dimitrios questions on Unibuddy
Almudena
Student Brain and Cognitive Sciences 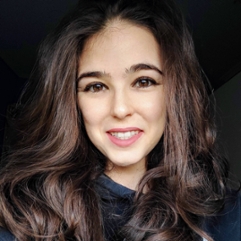 Hi! My name is Almudena, and I am part of the Cognitive Science track. I completed my undergrad studies in Spain and The US, where I was trained as a Chemical Engineer. As time passed by, I became more and more interested in cognitive sciences and neuroscience, and I decided to pursue a career in this field. I chose this programme because of its interdisciplinary approach and its unique possibility of tailoring your own curriculum. I know from experience that beginnings can be extremely exciting, but they often come together with a lot of questions: I will be very happy to help you clarify any doubts that might arise!
Email Almudena questions
Kaya
Student Brain and Cognitive Sciences 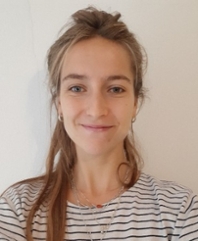 For me this interdisciplinary master within the field of neuroscience was ideal to study the brain from all different perspectives but still acquire in depth knowledge on my field of interests (cognition), in a small and personal setting. Thereby, the social aspects of all interdisciplinary courses and group work allows you to get to know your fellow students very well, all with different backgrounds and interests, and learn a lot of different insights and skills from each other!
Email kaya questions
Adrian
Student Brain and Cognitive Sciences 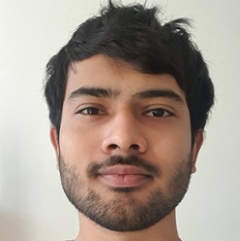 My main reason for applying to this programme was because I wanted to develop as a researcher by exploring my academic interests and find my area of specialisation. This is a great programme to prepare you for a career in academia, as it is a very complete one: it offers an enormous range of courses to Brain and Cognitive Sciences students, the ability to conduct independent research projects, hone academic writing skills through a literature review, and even provides opportunities to assist in teaching courses to other students. The programme equips you with a comprehensive set of research skills, and does so within an extremely fun and social learning environment.
Read more student & alumni stories
Visit the campus

Do you want to see where you will study? Come to the UvA and experience our campuses with the interactive UvA Campus Tour app. Soak up the atmosphere, solve riddles and bring the campus to life through augmented and virtual reality.