In the supermarket, on social media and even on the street: our daily comings and goings are continuously monitored by corporations and governments. The large-scale collection of data on human behaviour is often at odds with our interests and causes great uncertainty about where and by whom we are being kept under surveillance. Citizens all over the world are therefore coming together to oppose and anticipate these types of practices. That is what Becky Kazansky describes in her thesis, for which she will obtain her doctorate on 8 December.

From surveillance cameras in the city to your bonus card in the supermarket: states and corporations are continuously following people’s behaviour by collecting and analysing data. The aim of this is to be able to predict and control human behaviour – for example in order to sell more products via targeted advertisements, or in an attempt to predict where criminal activities will take place.

Such practices can be harmful for a number of reasons, argues researcher Becky Kazansky. ‘This type of surveillance is in conflict with the interests and rights of citizens, such as privacy. Moreover, it may lead to discrimination, online and offline violence and the marginalisation of certain groups. This often only comes to light when it is too late and the damage has already been done. Examples include ethnic profiling by the police, which regularly leads to false charges and a disproportionate focus on certain groups in society.’

It is often unclear to citizens in which ways and in which situations their behaviour is monitored, and that creates a great deal of uncertainty, states Kazansky. ‘The data which companies and governments collect is constantly changing. Are we being registered via facial recognition systems when we walk on the street? What do companies like Google do with our data? And how can personal information that we share on social media be used against us? Those are questions which people have to deal with currently. The responsibility to protect oneself against the negative consequences of surveillance lies with the citizens themselves – they are not protected against it from above.’

Are we being registered via facial recognition systems when we walk on the street? And what do companies like Google do with our data?

All over the world, citizens are therefore coming together to an increasing extent – often across national borders – in order to oppose surveillance by states and corporations. To investigate how citizens are going about that, Kazansky interviewed security specialists, technologists, educators and affected communities from 26 countries in different regions of the world. In addition, she visited international events in the fields of digital rights and internet freedom, and she analysed documents in which technologies were described in the fields of privacy and surveillance.

The doctoral research of Becky Kazansky is part of the ERC project DATACTIVE – The Politics of Data According to Civil Society, headed by Stefania Milan, in which data activism is researched from various perspectives.

Citizens are coming together in transnational movements and non-governmental organisations (NGOs) in order to address the damage and threats caused by surveillance. They are doing that, among other ways, by training people in the field of digital security, and through counter surveillance – using technologies to detect and combat surveillance.

An important part of the work of these civil society organisations is anticipating the possible risks of surveillance, the PhD candidate discovered. ‘Organisations that are trying to protect communities against surveillance are continuously occupied with what could happen in the future in this field and what kind of negative impact that could have.’ Kazansky, who worked more than ten years for NGOs in the fields of data and human rights in the past, has experience with this herself: ‘The uncertainty surrounding surveillance by states and corporations, and the question of what individuals, communities and society as a whole can do to prevent that, always existed in my work.’

The childcare benefits scandal in the Netherlands

The surveillance of citizens by governments and companies occurs in all parts of the world, emphasises Kazansky. ‘What’s more, the US and Europe have always been at the cutting edge in terms of developing technologies in this field.’ The childcare benefits scandal involving the Tax and Customs Administration in the Netherlands was an example of how surveillance can get completely out of hand, according to Kazansky. ‘Problematic prejudices in society were ingrained in the systems that the Tax and Customs Administration used. That resulted in discrimination and unfair decisions.’

The US and Europe have always been at the cutting edge in terms of developing surveillance technologies.

The problem with a lot of these types of ‘predictive’ systems, argues the researcher, is that they are often relied on too heavily. ‘There is a dogged belief that these systems are inevitable if we want to create a safe society. However, what is becoming increasingly clear is that they are not as powerful and accurate as has long been thought. Many of these types of systems have flaws and appear to be not so good at all at successfully predicting the future. That offers room for reflection about what kind of society we want to be and the role surveillance should play therein.

Becky Kazansky: What harms may come? Exploring the anticipatory dimensions of surveillance resistance in an age of datafication. Supervisors are Prof. M. de Goede and Dr S. Milan. The thesis defence ceremony will take place on 8 December at 10:00 in the Agnietenkapel and can be followed via a livestream. 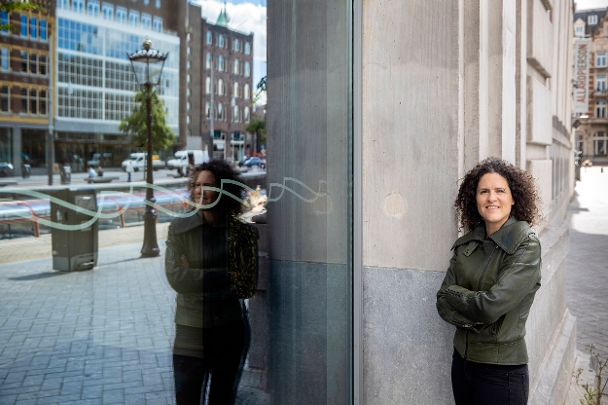 Smart cities, medical technologies, artificial intelligence, the energy transition: new technologies are all around us and affect every part of society and our daily lives, raising new ethical and political ... 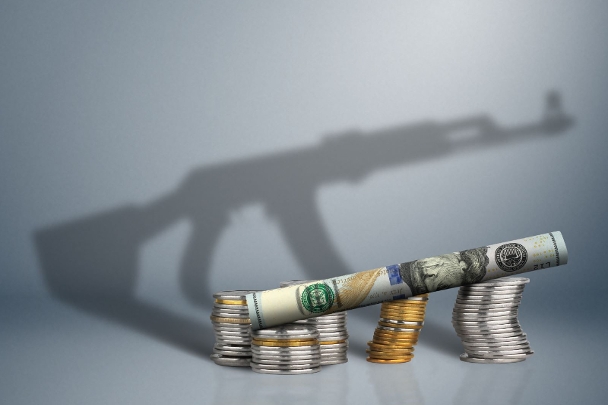 Political scientists of the University of Amsterdam investigated how the chain of actors that is countering terrorist financing implement regulations on a daily basis.