‘It has to happen in the city. This is where a relatively large number of people feel the effects of climate warming and where greening has a potentially large impact.’ That’s the view of urban planner Mendel Giezen on making cities sustainable by bringing back nature. He recommends integrated policy: ‘Greening doesn’t only help with climate adaption, it also has other effects that can support urban planning policy.’

The energy transition entails the transition from the generation of electricity from fossil fuels such as gas, nuclear power and coal to a sustainable and CO2-neutral energy system . In 2019, 8.7% of all energy used in the Netherlands came from sustainable sources. In 2030, that number must be at 27%, and in 2050 the energy production should be almost entirely sustainable.

Mendel Giezen is a university lecturer in sustainable urban development at the University of Amsterdam, where he is conducting research into the energy transition, climate adaption and greening cities. ‘More green and nature in the city can help to reduce the heat effect in cities, it benefits biodiversity and increases liveability’, says Giezen. We take a stroll with him through the green area alongside Sloterdijk Station, ‘a nice example of greening’. Giezen talks about success factors in green projects and his hopes for the sustainable city.

What’s the current situation with green in the city?

‘We used satellite images to examine how green spaces in Amsterdam have developed over the past 20 years. We saw a large shrinkage of green in the city, a total reduction of 10 percent. This is due to increased density – building more structures in less space – but also due to things such as sports fields that switch from real grass to artificial grass. The green in the city was also increasingly fragmented, so progressively smaller in volume.’

Can we see major differences between cities in terms of green?

‘In cities that need to build intensively in limited space due to high housing demand, green is under much more pressure than in cities that don’t need to increase their density.’ But Giezen also sees differences between various districts. In the expansion districts completed in the 1990s and 2000s, such as IJburg, he says there is strikingly little green. ‘The idea there was that you can have water instead of green. So there’s plenty of water there, while there’s a minimum of green areas. But in the end, water has a different function. Not everyone can enjoy leisure activities on water, have a picnic or go for a quick walk with the dog there.’

Food production has a significant impact on global warming, but is also under pressure. Is there enough food for the growing urban population, and is it safe? Vertical Farming, local agriculture with stacked cultivation layers, is often named as a promising solution to reduce demand for urban food production and consumption of scarce resources. Mendel Giezen and his colleague Daniel Petrovics investigated what conditions VF must meet to be truly sustainable, and how it can be scaled up.
Read more about the research into scaling up vertical farming

You study projects that contribute to greening. When is such a project successful?

‘Well, it depends, of course, on the goal of your greening project. If, for instance, you want to give people more space for walking, have a picnic and sport, then naturally it also needs to be attractive and encourage people to spend time here. If the goal is to increase biodiversity, you need more plants, which in turn will attract all kinds of animals. But the minimum requirement, of course, is to create more green.’

What obstacles are there to greening and how can they be overcome?

‘The value of green lies in biodiversity, health and climate adaption, but contrary to the costs of creating and maintaining green areas these are not directly visible in a financial spreadsheet. In the spreadsheets of many policymakers and project developers, the main thing about green is that it costs money and doesn’t bring much in return.’ How can we solve this? ‘Assign greening an integral place in urban policy. This means including it in multiple policy areas. How, for instance, can you integrate green in expansion projects and renewal of streets and districts, but also in areas such as health and social cohesion? Greening not only supports climate adaption, it also has other effects that can support urban policy.’

Giezen also points to the responsibility for creating and maintaining green as a possible limiting role. Because who will take this on? ‘We see that maintaining small green areas is a task that is increasingly being given to residents. This collaboration can be very important, because the green takes on a personal value for residents. But then, of course, residents must be provided with the corresponding resources.’

Can you cite an example of a successful green project?

‘We’re standing here next to Sloterdijk Station. It’s a busy area that functions as an important traffic node. This used to be a bus lane without any green, but now we can see a fine green area with lots of things growing, blossoming and buzzing in it; a place where it’s nice to sit for a little while and enjoy nature or read a book while waiting for your train. And on hot days, it has a cooling function. This is a nice example of how different functions can come together, even if it’s only a small green area. Infiltration crates have been installed to capture excess water, and this is used directly to provide the plants with sufficient water.’

Greening schoolyards can contribute to climate resilience, awareness of nature and to a healthy play environment: three birds with one stone. Mendel Giezen and his colleague Virginia Pellerey investigated how these often small-scale projects can be scaled up. Read more about the research into Green Schoolyards

In your research into the energy transition, you also chart inequalities. Are some people being left behind?

‘Inequality can arise when not everyone feels they can have a say in changes in their own surroundings. As a result, people may lose contact with their neighbourhood and start to feel like strangers in their own city. Or people don’t have the resources to participate, for instance by installing solar panels on their roof or owning an electric car. But later on these people will still pay the bill for these things, because fossil energy will grow increasingly expensive. In order to prevent growing inequality on the path to a sustainable society, we need to get everyone on board for sustainability projects and the energy transition.’

How optimistic do you feel about sustainable cities?

‘It has to happen in the city. This is where most people live, where the density is highest and some effects are felt most strongly, such as air pollution and rising temperatures. At the same time, you can also generate a lot of impact in the cities through this high density. Greening here will reach very many people.’

‘However, it’s becoming ever more important to conduct a truly active policy on greening. Up until now, this has often been non-binding, in the form of covenants with companies to facilitate sustainability, but that’s not enough. We are especially lacking an overarching policy at national level, which combines the goal of increasing sustainability with, for instance, the need for affordable housing and healthy lifestyles.’

What can we as residents do ourselves?

‘At the very practical level, you can remove a few paving stones from your garden or from the front side of your home and put plants there instead. And you can cultivate plants and other greenery on your balcony, too. This contributes to the collective cooling and greening of the city, and also to biodiversity. Some local authorities will even give you plants for free if you hand in garden paving stones.’

‘But you can also pressure the city administrators to increase greening. For instance, you can attend the public consultation evenings about projects in your neighbourhood, and ask how much attention is being given to green. This will help emphasise people’s need and wish for green areas.’

What are you planning for the future?

‘I want to continue research into the energy transition and urban greening. This will remain an important issue for a long time. To give one example, I’ll be using satellite and drone imaging to see how green is developing in the city and what impact this has on heat effects in cities.’

‘Another goal is to have more direct impact on what happens in practice and to see where we can combine research and interventions. Urban planning is a field of research that is practice oriented, and for the bgreatchallenges of tomorrow it’s important to realise this combination of practice, politics and science.’ 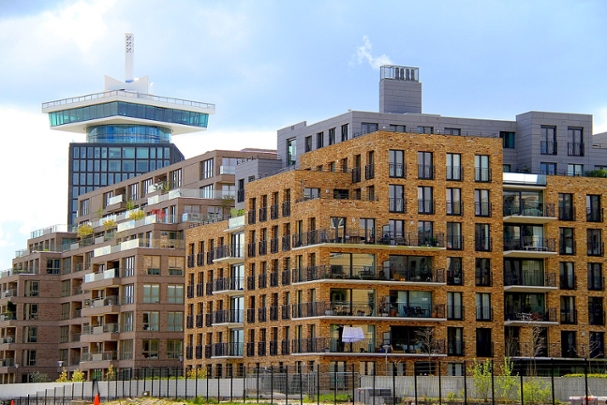 The compact city concept and green spaces are both instruments for achieving a sustainable city. Yet they are also policy areas with mutual interdependency and contradictory effects, as research by UvA urban planners ...