More than 11 million people have fled their homes in Ukraine since the war began. Five million of them looked for safety and shelter in the EU. Political scientist Polly Pallister-Wilkins discusses fundamental differences we witness in this crisis. ‘To the Ukrainian refugees we see a completely different response that relates to the EU visa regime. There is also a remarkable rapid formation of temporary protection.’

Access to visa fundamentally changes the dynamics of this crisis

Political scientist Polly Pallister-Wilkins specializes in the intersection of humanitarian intervention and border control. She links fundamental differences of this refugee crisis to a very practical factor, the (non)access to visa. ‘For the last 25 to 30 years Europe has become more integrated and has lost border controls within the Schengen zone’, she explains. ‘Free movement has become one of the four pillars of the European Union. But as movement became free within Europe, EU borders have become harder and harder to cross for people who do not have the required documentation.’

She adds how security checks by transport companies, airlines, trains and planes had a huge impact on many refugees fleeing political violence or economic precarity. ‘When seeking safety in Europe, they were forced into using unsafe and irregular forms of transportation, fueling the smuggling industry. As a result the European borders have become the most deadly in the world.’

‘To the Ukrainian refugees we see a completely different response that relates to this visa regime’, she continues. ‘Ukrainians can travel visa free to the European Union. They cannot be denied entry and will not be forced to use human smugglers. This fundamentally changes the dynamics of this crisis. In this initial phase we are not seeing the level of harm and distress at the border that we saw when Syrian refugees fled the war.’

Polly Pallister Wilkins specializes in humanitarian intervention and border control. She is currently finalizing a project on humanitarian responses to refugees who are unable to cross borders due to border controls. Situations that call for life saving interventions, like at the Mediterranean border, the Greece-Turkey border and the US- Mexico border. Her book about this project will be published in June. She also is a team member of the ADMIGOV project where she studies the protection of people at European borders.

There is also another difference in response Pallister-Wilkins calls fundamental. ‘Europe very quickly instituted a mechanism making all Ukrainians eligible for temporary protection for one year and maybe more. This protection scheme includes freedom of movement within the European Union, access to housing and access to work. This is so essential, nobody wants to be a victim asking for help, and very different from when we see refugees waiting in terrible reception centers on asylum.’

Before this war she would have concluded that the EU lacks political will to give shelter to refugees, ‘but now the EU has proved it is possible to come to quick protection mechanisms. And all refugees deserve this kind of protection. We should not fail to see the suffering that is going on elsewhere, and the humanity of these people fleeing conflict and violence.’

Discussions will change when the focus turns to long term rights

Pallister-Wilkins fears that responses will however change when the focus turns to long term rights and on issues like citizenship, integration and more permanent stay. ‘That's when the conversation moves from a humanitarian response to political conversations around changing demographics. And we all know how political parties in Europe have framed that subject. Hopefully we will not see the same levels of fear for Ukrainian refugees, them being considered more European.’

This also links to a shift to a more militarized notion of defending territory, Pallister-Wilkins underlines. ‘In the last 30 years, living in a time of peace and post-Cold war, the threat to Europe was increasingly framed as a security issue. It was organized crime and terrorism triggered by immigration that many politicians warned we should be worried about. We might now see a shift to a more traditional understanding of security and a more militarized notion of defending territory that sees the threat externally, there all along. A lot now depends on election outcomes in EU countries like France, Italy and Germany. I am holding my breath.' 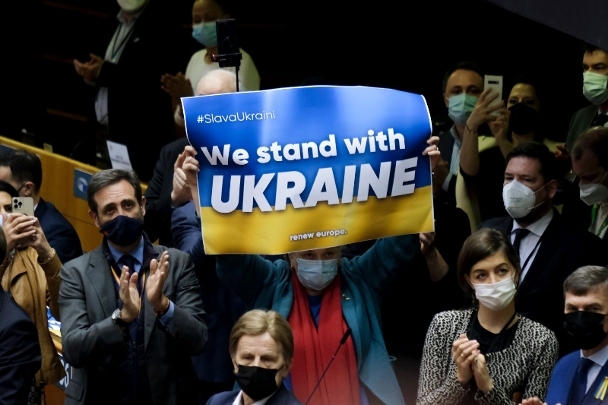 ‘Historically, crises have always given a boost to European integration. In that sense, this war may prove to be a historic development with a consequence that Russia didn’t intend: a stronger EU.' 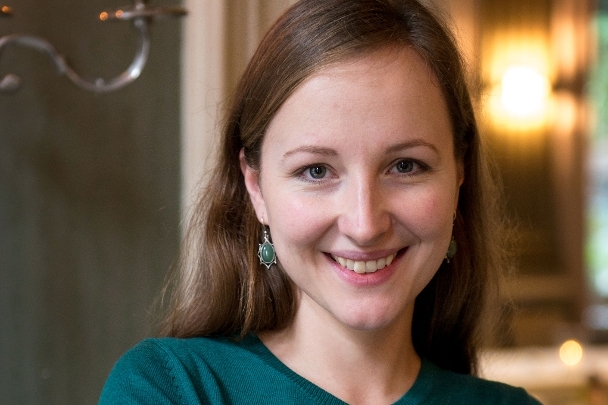 'Western Europe underestimates the threat of this war. The threat for Europe, but also for Ukraine as a country.' A personal account by Ukrainian scholar Olga Burlyuk.