Koen Vacano, who started his PhD in Ancient Studies in the summer of 2019, is investigating the way in which the Classical epic tradition is connected with modern-day films. His research is part of the ‘Anchoring Innovation’ project, which concerns the way in which Ancient phenomena, themes and stories are used as a basis for present-day things, such as buildings or films.

“This research project takes an explicitly modern approach,” he explains. This link between Antiquity and the present is a common thread not just within Koen’s own research, but also within the Ancient Studies programme, which he is involved with. 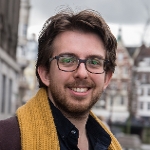 Copyright: UvA
Eventually, my goal is to turn my thesis into a nice book that will make clear not just to academics but also to generally interested people that you can only understand the most important or most popular present-day stories by viewing them through the lens of Antiquity.

“My own research essentially concerns the question of what the epics of our own time are and how they use epic narrative structures from Antiquity. The best-known Classical epics are Homer’s Iliad and Odyssey and Virgil’s Aeneid. People say that these days, we no longer have such a thing as an epic. I think this is really odd. An epic is a long story about heroes who perform really important deeds and, in doing so, showcase their own bravery or heroic virtue. Throughout history, it was seen as the most prestigious genre – very popular, everyone had heard of it. The idea that we now no longer have such stories is nonsense.”

Koen then decided to track down the most popular, most epic films of our time and found them in the genre of Fantasy – think of Marvel, Star Wars, The Lord of the Rings, Harry Potter, etcetera. “Fantasy films are vast stories in which generally, the fate of the entire fictive world is at stake and must be saved by heroes. They concern good and evil – the large themes of life – and they often include strife or battle, just like the Iliad, and a journey, just like the Odyssey. Broadly viewed, the similarities are great.”

Among others, he is investigating why epic narratives are always told in a certain way and why this narrative structure is so successful.

Bridge between Antiquity and the present

This is how history shows her strength when it comes to our understanding of the present: by taking a step back from our own world and taking on the point of view of  Antiquity – a world which was very different – you end up gaining a highly useful and critical perspective on the present, Koen explains. “So many themes from the Ancient world can be used as a sort of lens through which to look at the present. It was always frustrating to me that this did not happen much, for instance in academic literature about Antiquity or during secondary school classes. The Ancient Studies programme at the UvA is a programme that actually does try to connect the past and the present, which is why I ended up here.”

The Ancient Studies programme draws people from various backgrounds and specialisations, who work together to create a programme that is interesting from many different perspectives. I really enjoy being part of that.

He is also involved with how the programme is given shape: “The Ancient Studies programme draws people from various backgrounds and specialisations, who work together to create a programme that is interesting from many different perspectives. I really enjoy being part of that. It is a programme in which the present plays a large role, too, and as a result, it has to keep evolving.”

According to Koen, this modern approach represents the programme’s strong point. “You are given a very good overview of the Classical tradition and of how Antiquity has lived on into the present. You learn to critically evaluate themes from that specific past that are highly relevant in today’s context; think of such things as the relationship between east and west, migration, mutual influence between different cultures, how imaging works, and trade between various areas and cultures.”

One location that has always been home to the convergence of different cultures and influences in the Mediterranean is Sicily – a useful practical example. All of the second-year ACASA students are taking part in the excursion to Sicily. “I am one of the teachers who will be accompanying the Sicily excursion, and I will be giving preparatory lectures,” Koen says. “The excursion’s approach is broad and focuses on connecting different cultures, investigating how they influenced each other, connecting archaeology and literature, and seeing how our view of Sicily came into being.” He emphasises that this is his favourite course within the programme, because in his view, everything converges in this excursion and students can view all the things they have learned in a practical setting.

What are the benefits of studying Ancient Studies?

“I think the ACASA programmes, and certainly Ancient Studies, give you such a good cultural and historical basis that by using your critical perspective on Antiquity, you are able to understand a vast amount of modern phenomena and things. This makes you suited to doing all sorts of jobs.” You could, for instance, work for a cultural institution, write speeches for a political party, or work as a journalist for a magazine like the local, Amsterdam-based ‘Groene Amsterdammer’, Koen clarifies. “Conversely, these sorts of programmes tend to draw lots of people who have a real passion for specifically the Ancient world, and you see that they really want to continue in this field in one way or another.”

“If you are interested in Antiquity, it is very easy to use that interest, especially by doing a programme like ours, in order to learn much more. People are always quick to say that you should not choose a programme just because it is fun, but the nice thing is that your passion for this field is exactly what will make you so well-suited to diving in and becoming so good at it that it will open up so many opportunities for you in whichever job you end up in.” 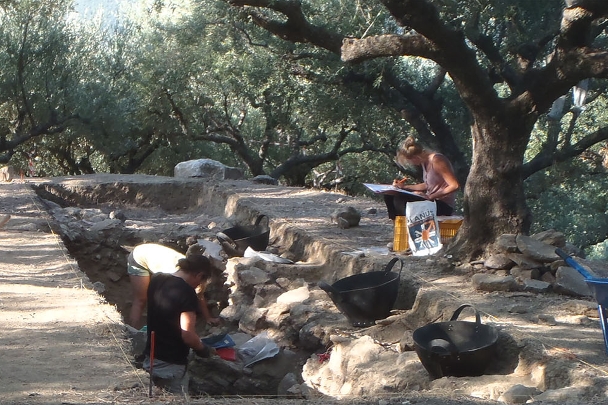 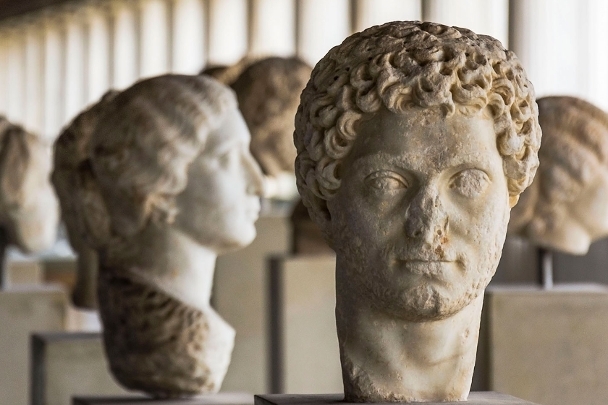 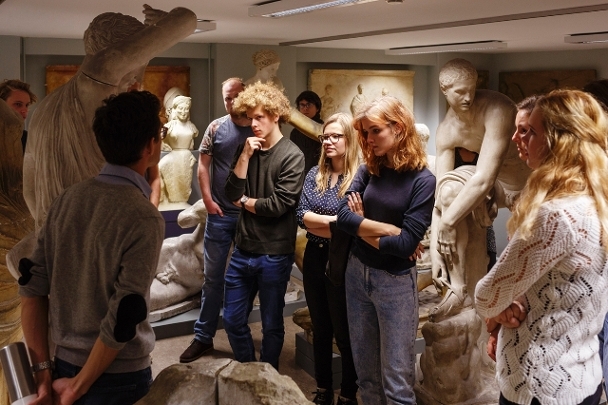